But first the real thing , a 9W UVC aquarium lamp we bought from a reputable UK shop but couldn’t test last time due to a connection conundrum. This lamp is typically used in a closed unit to purify water flowing in an aquarium, with a wired in connector. It is a compact fluorescent tube which has a “standard” G23 2-pin fitting which turned out to be quite difficult to find a usable adaptor. Despite being a standard of sorts, the G23/G24 fittings for compact fluorescents (CFLs) have quite a few variations so not that simple to identify and then actually find a connector. But eventually we did.

Anyway, the lamp looks like this below with the lovely baby blue colour when powered up

Even at only 9W this is quite a powerful UVC source, producing just less than 1mW/cm2 at ~15cm, and a robust 5.45mW/cm2 close-up

Our first Amazon item is the 20W UVC compact fluorescent “with Ozone”. Looking at the side of the box , it declares a wavelength of 185nm (Mercury), which actually puts its radiant output at a higher energy level than the ~256nm UVC used for germicide – called “Vacuum UV” (VUV) because it gets absorbed by atmospheric oxygen (O2), to produce Ozone (O3). As a strong oxidising agent, Ozone does have germicidal properties, so the lamp is not just a UVC lamp, but a degree nastier than that, producing both UVC and VUV (and Ozone).

Nor surprisingly, it does actually produce some quite high UVC readings, showing 1.38mW/cm2 at ~15cm, and 6.83mW/cm2 close-up, so only 1mW/cm2 more UVC than the little 9W aquarium lamp for the extra 11W input power. However, we can’t tell how much power is also coming out in the 185nm spectrum line too

And now for the second Amazon item, the claimed “UVC” black-light lamp item. Being a black light, we were not expecting it to produce much, if any, UVC, as the “black light” frequency range is actually UVA – the stuff that gives you a sun-tan or makes your teeth glow in the club.

Sadly, it produced nothing of anything as one of the tubes was broken, presumably somewhere on its long journey from China – still the supplier did refund the cost

Which brings us the the last Amazon item, the portable sterilizer wand. This is a beautifully produced item, in a nice presentation box, with a sleek pearlescent finish looking something like GHD or similar hair straighteners. And all for £115.

The front of the box suggests the device has won all sorts of awards, and boast an array of 20 UV LEDs. The wand design includes all sorts of clever safety technology, like automatic gravity switch off, a child-lock and special button press timing to turn it on.

If the picture on the back of the box is to be believed, it would appear that you are supposed to wave it at your toilet seat.

Steriliser Wand – the promise on the box

The device itself looks like this when powered on…

I did say powered on but it is hardly dazzling. And when you put it on the meter, wow, what a disappointment after all that build-up!

It does indeed produce UVC, which is a change for a LED based unit, but only a dribble of 10µW/cm2 UVC at 15cm, and only 105µw/cm2 close-up.

For comparison, outside in the garden right now on a cloudy, dampish afternoon, the meter shows the Sun is producing 5µw/cm2 UVC (and 600µw/cm2 UVA) at ground level

So you would be waving the wand at the toilet for quite a long time to have any significant germicidal effect or you could unbolt your toilet seat and leave it in the garden for a while, for free…

So all in all, a beautiful but essentially useless device!

Steriiliser Wand – what you actually get for your £115

So this doesn’t really change the conclusion from last time, which is if you really really really need some UVC then get a mercury-type CFL (but not black-light), and LED devices don’t cut it (yet).

But you don’t really want a UVC lamp to use in the house…leave it in the aquarium. 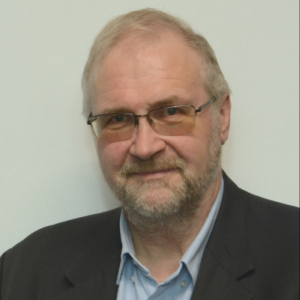 To discuss your requirements...

How can we help?